Almighty Father, who inspired Simon Peter, first among the apostles, to confess Jesus as Messiah and Son of the living God: Keep your Church steadfast upon the rock of this faith, that in unity and peace we may proclaim the one truth and follow the one Lord, our Savior Jesus Christ; who lives and reigns with you and the Holy Spirit, one God, now and for ever. Amen.

Peter turned and saw the disciple whom Jesus loved following them; he was the one who had reclined next to Jesus at the supper and had said, ‘Lord, who is it that is going to betray you?’ When Peter saw him, he said to Jesus, ‘Lord, what about him?’ Jesus said to him, ‘If it is my will that he remain until I come, what is that to you? Follow me!’

Getting caught up in stuff seems to be our nature. I often think that Jesus gives a cogent analysis of the human condition in the three parables of lostness, the Lost Coin, the Lost Sheep, and the Prodigal Son. The Lost Coin is beyond the ability to change its condition. It is lost, through no fault of its own, it is just lost. The Lost Sheep is mindless and without thinking finds itself away from the flock and is out on its own. Lost, alone, maybe afraid, or maybe not smart enough to be afraid. Whatever, he is lost by dumb mistakes or dumb bad luck. But then we have the Prodigal. It was not fate, or stupidity, but an act of volition. The Prodigal chose to leave. However it was, by accident of birth, stupidity, or choice, all are lost.

Peter, in his encounter with the Lord after the Resurrection, is given an opportunity to minister to any and all in their lostness, and in his own way find redemption for himself as well. After his three denials the night of the Passion, we see Jesus ask him three times if he loves him. Of course, Peter emphasizes, you know I love you. And then he commissions and gives him the task and purpose of his life, and I think, us too!

“Tend my lambs! Feed my sheep! Tend my sheep!” He is given the responsibility to care for and nurture the flock of God. He fulfills the age-old story, to be his brother’s brother, his brother’s keeper, if you will. And we are, too. He is also given a heads up, this life of love and service will have a cost. It will be something of pain and shame, and he will not be given a choice. In love, he was given a warning so that he could prepare his heart for this cross which he will be required to bear.

He then is given another heads up, one that we all need. Jesus wonders about what will happen with the disciple that Jesus loved, which we assume was John. ‘If it is my will that he remain until I come, what is that to you? Follow me!’ Peter, you take care of Peter, and your responsibility is to follow me. Follow me where I lead you! Do not worry about where I lead anyone else. You, follow me! Such good advice for him, for us.

Today we acknowledge January 18 The Feast of the Confession of Peter. We remember that he was the first to voice that Jesus was the Messiah publicly. Many had thought it, but Peter vocalized it. And I remind you, immediately he tried to tell Jesus that he need not suffer and die. He was promptly rebuked. Once again, Peter, you take care of Peter and follow me.

Don't be looking around, comparing or contrasting. You take care of you, that is it. May we chew on that today, and follow Jesus! Amen 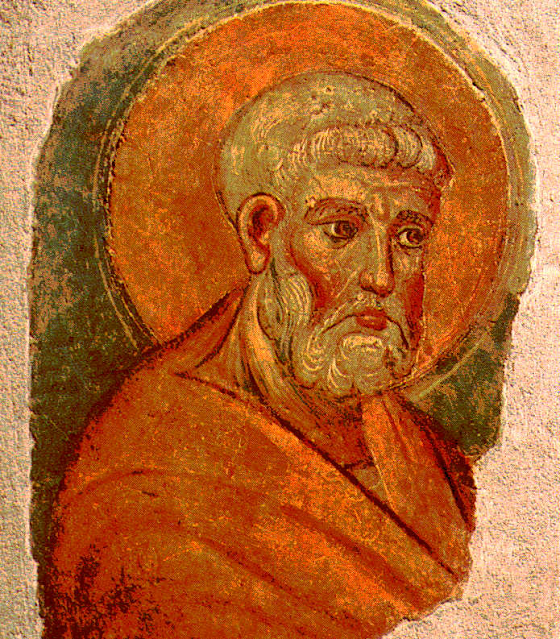