Collect: Almighty and everlasting God, in Christ you have revealed your glory among the nations: Preserve the works of your mercy, that your Church throughout the world may persevere with steadfast faith in the confession of your Name; through Jesus Christ our Lord, who lives and reigns with you and the Holy Spirit, one God, for ever and ever. Amen.

Every high priest chosen from among mortals is put in charge of things pertaining to God on their behalf, to offer gifts and sacrifices for sins. He is able to deal gently with the ignorant and wayward, since he himself is subject to weakness; and because of this he must offer sacrifice for his own sins as well as for those of the people. And one does not presume to take this honor, but takes it only when called by God, just as Aaron was.

So also Christ did not glorify himself in becoming a high priest, but was appointed by the one who said to him,

“You are my Son, today I have begotten you”;

as he says also in another place,

“You are a priest forever, according to the order of Melchizedek.”

In the days of his flesh, Jesus offered up prayers and supplications, with loud cries and tears, to the one who was able to save him from death, and he was heard because of his reverent submission. Although he was a Son, he learned obedience through what he suffered; and having been made perfect, he became the source of eternal salvation for all who obey him, having been designated by God a high priest according to the order of Melchizedek.

James and John, the sons of Zebedee, came forward to Jesus and said to him, “Teacher, we want you to do for us whatever we ask of you.” And he said to them, “What is it you want me to do for you?” And they said to him, “Grant us to sit, one at your right hand and one at your left, in your glory.” But Jesus said to them, “You do not know what you are asking. Are you able to drink the cup that I drink, or be baptized with the baptism that I am baptized with?” They replied, “We are able.” Then Jesus said to them, “The cup that I drink you will drink; and with the baptism with which I am baptized, you will be baptized; but to sit at my right hand or at my left is not mine to grant, but it is for those for whom it has been prepared.”

When the ten heard this, they began to be angry with James and John. So Jesus called them and said to them, “You know that among the Gentiles those whom they recognize as their rulers lord it over them, and their great ones are tyrants over them. But it is not so among you; but whoever wishes to become great among you must be your servant, and whoever wishes to be first among you must be slave of all. For the Son of Man came not to be served but to serve, and to give his life a ransom for many.”

As a teacher and as a member of the clergy I have been asked to write a lot of reference letters. It comes with both jobs. As someone who has had to hire and supervise folks, I have had to read a lot, too.

To Whom It May Concern:

I would like to thank you for considering me. Since my earliest days, I have been very impressed with my accomplishments, blown away by my successes, but most of all, I have been moved by my humility.

It is not appropriate to recommend oneself. It just is not done. Going back to our Hebrews reading, it begins:

Every high priest chosen from among mortals is put in charge of things pertaining to God on their behalf, to offer gifts and sacrifices for sins. He is able to deal gently with the ignorant and wayward, since he himself is subject to weakness; and because of this he must offer sacrifice for his own sins as well as for those of the people. And one does not presume to take this honor, but takes it only when called by God...

One does not presume to take on this honor. Know for this passage to make sense, we need to understand and this obscure character Melchizadek, the King of Salem, which was later to become Jerusalem. His name means, “My King is Righteousness.” Salem later became Jeru-Salem, so we know it reappears. Abram submitted to him, giving him a tenth of what he had. And Melchizadek brought out bread and wine and shared it with Abram. This imagery is not lost on us. As Christians it cannot be. We see a form of Christ is all of this. It is no surprise that in the Book of Hebrews the imagery of Melchizadek would be applied to Jesus Christ. And Christ did not take the honor upon himself, but was given it to do what he was called to do.

Honor is something that is given, something bestowed, it is not taken. Honor is received, never obtained. Just like the Rich Young Ruler, he that he could do something or things to “inherit” eternal life, like it was something he could earn. Eternal life is a gift, and that is why we call it Grace. Honor is the same way. It is given to us. Not something we can earn by “deserving it.”

Friends, it is Discipleship and Service that give us honor. It is what makes us honorable. James and John wanted the parade with the struggle. They wanted the 21-gun salute with the sacrifice. To be honored, we have to do the simple discipline, day-in, day-out. It is not “sexy” to the ways of this world, with our microwave ovens and fast-food drive-thrus. But that daily, repetitive discipline is what makes all the difference. Sure sometimes it is boring, but the attention to detail and the intentional practice enables us to be ready for when it is needed the most.

Let me remind you of a story that most of us know, but may have forgotten the details. On January 15, 2009, USAirways flight 1549 took off from LaGuardia airport and collided with a flock of geese. Both engines of the Airbus 320 failed simultaneously 90 seconds into take-off. If you have never flown out of LaGuardia, you take off over water, and this is the worst possible scenario. They were informed by air traffic controllers to go directly to Teterboro Airport 10 miles away. The pilot informed them that they were “unable” to make it to Teterboro, emphasis on Unable.

He simply and calmly said, “We’re gonna be in the Hudson.”

Captain Chesley Burnett Sullenberger, “Sully” to his friends and all who knew him, proceeded to land, if “land” is the right word, his plane safely on the Hudson River, flat on the water so that it remained afloat. He landed it deadstick, NO POWER, after missing the George Washington Bridge. Have you ever seen how big the George Washington Bridge is? While gliding a jetliner, “Sully” did all this deadstick. Things moved quickly. All 150 passengers evacuated into the cold water in January. There were mostly minor injuries, one passenger with two broken legs, but all of them lived and got off safely. All five crew members lived. The last one off the plane was Sully, after he had gone up and down the aisle two times, checking everything to make sure everyone was safe.

According to all who knew him, Sully was a “by the book” pilot, having been a fighter pilot, and then having had a long career as a commercial pilot. He was a mentor to younger co-pilots, always running scenarios so they could be there best. “If this happens, what do you do?” He was doing this internally as well.

And after a lifetime of this small, intentional, daily discipline he was fully prepared for this 90 seconds. He had lived his life for such a time as this. When later FAA investigators tried to prove pilot error, it went on to show that after 40 tries, and knowing what was to happen and when, they finally were able to land at Teterboro in the simulator once. Sully saved everyone in the moment, with no warning. Sully was born for this moment.

He won accolades, hailed by celebrities and politicians. He was honored by all of us. It was truly called a miracle. A few days later he was a guest of honor at President Obama's inauguration and a guest on David Letterman where he received a standing ovation from everyone in the audience. They applauded for all of us. But Sully did not want honor or accolades. He wanted to do his job the best he could do it. As we said in our Hebrews reading: One does not presume to take on this honor.

Honor cannot be claimed, it is given.

Two quotes from Sully, and while speaking of business and leadership, it is so applicable to our our daily walk in faith:

Just like in the Parable of the Talents of Jesus, if we cannot be faithful in the small, we cannot be trusted with the big. 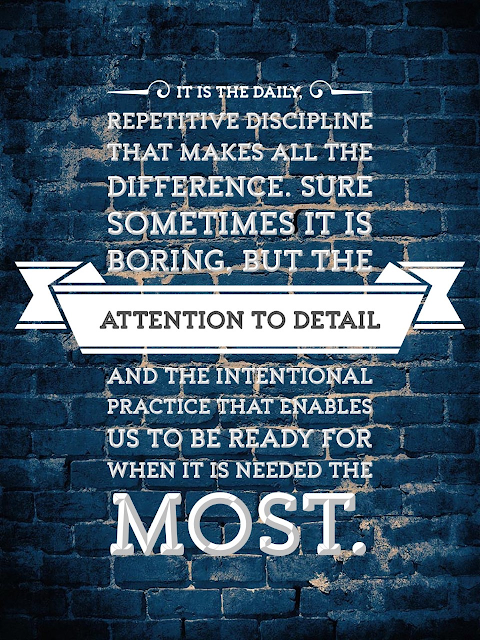 But we all can pray. We all can read our Bible. We all can love and take care of our neighbors. It is these small, day-in, day-out tasks of loving obedience which make us who Christ would have us be. We all can do it. Will we?