Collect: Grant us, O Lord, to trust in you with all our hearts; for, as you always resist the proud who confide in their own strength, so you never forsake those who make their boast of your mercy; through Jesus Christ our Lord, who lives and reigns with you and the Holy Spirit, one God, now and for ever. Amen.

If then there is any encouragement in Christ, any consolation from love, any sharing in the Spirit, any compassion and sympathy, make my joy complete: be of the same mind, having the same love, being in full accord and of one mind. Do nothing from selfish ambition or conceit, but in humility regard others as better than yourselves. Let each of you look not to your own interests, but to the interests of others. Let the same mind be in you that was in Christ Jesus, who, though he was in the form of God, did not regard equality with God as something to be exploited, but emptied himself, taking the form of a slave, being born in human likeness. And being found in human form, he humbled himself and became obedient to the point of death-- even death on a cross. Therefore God also highly exalted him and gave him the name that is above every name, so that at the name of Jesus every knee should bend, in heaven and on earth and under the earth, and every tongue should confess that Jesus Christ is Lord, to the glory of God the Father.

In the time of King Herod, after Jesus was born in Bethlehem of Judea, wise men from the East came to Jerusalem, asking, "Where is the child who has been born king of the Jews? For we observed his star at its rising, and have come to pay him homage." When King Herod heard this, he was frightened, and all Jerusalem with him; and calling together all the chief priests and scribes of the people, he inquired of them where the Messiah was to be born. They told him, "In Bethlehem of Judea; for so it has been written by the prophet: 'And you, Bethlehem, in the land of Judah, are by no means least among the rulers of Judah; for from you shall come a ruler who is to shepherd my people Israel.'" Then Herod secretly called for the wise men and learned from them the exact time when the star had appeared. Then he sent them to Bethlehem, saying, "Go and search diligently for the child; and when you have found him, bring me word so that I may also go and pay him homage." When they had heard the king, they set out; and there, ahead of them, went the star that they had seen at its rising, until it stopped over the place where the child was. When they saw that the star had stopped, they were overwhelmed with joy. On entering the house, they saw the child with Mary his mother; and they knelt down and paid him homage. Then, opening their treasure chests, they offered him gifts of gold, frankincense, and myrrh. And having been warned in a dream not to return to Herod, they left for their own country by another road.

There are a lot of things that tie our faith to the Wisdom traditions and faiths from around the world. How do we live a good life? How do we interact and care for our neighbor? How do we face the certainty of death?

There are some things, however, that make our faith unique. The idea of the Incarnation is one of the key things. Now Hinduism has repeated visions of avatars, gods taking the form of creature or human, but the idea that God became human and lived a whole and full life is peculiar and singular.

“Let the same mind be in you that was in Christ Jesus, who, though he was in the form of God, did not regard equality with God as something to be exploited, but emptied himself, taking the form of a slave, being born in human likeness. And being found in human form, he humbled himself and became obedient to the point of death-- even death on a cross.”

Yesterday was the first day of school, and there were many an anxious night before the first day. Students, teachers, anyone kicking things off. I remember well. Beginnings are fragile times. But think of what it must have been like for the Almighty to become fragile and weak, dependent on another for all of his needs. Think of teething. Think of skinning his knees. Think of all the pains, and heartaches, and simple joys of existence. He was not outside looking in. He was in-carnate. In-the-flesh. He was participatory in the Human Dilemma.

In Quantum Mechanics, there is a thing called the Observer Effect. By viewing we affect the results. But stepping into the experiment, we affect it even more. Jesus changed everything, simply by being in the game. The Incarnation is the miracle of our faith.

Think on this. If Jesus is truly who we say him to be, is the Resurrection a surprise? Could God not be God? Could the Source of Life stay dead? The person who was Jesus we say was fully human and fully divine. 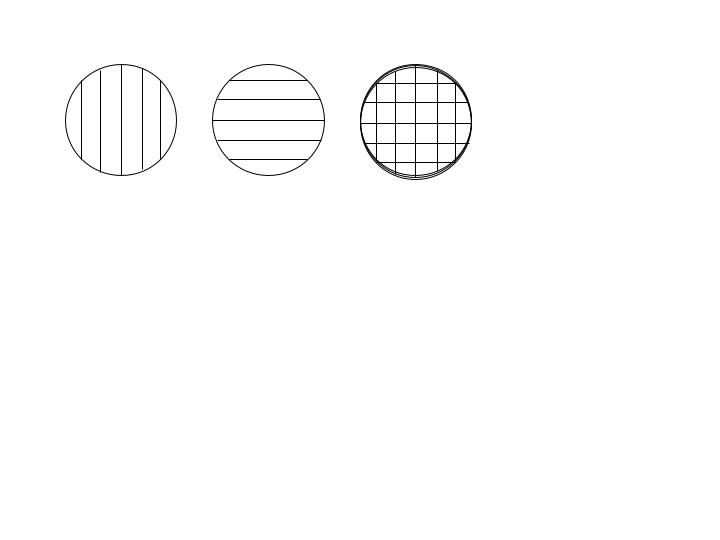 I talked about the feeling of vulnerability in the incarnation, the birth of Emmanuel, God-with-Us. But think on Jesus in the Garden. Think of the Almighty pondering death. Choosing it. Praying for another way, but knowing that it had to be.

And that my friends is how he can love us so much as we are. His Grace is insurmountable. It always wins because he walked a mile in our shoes. He tried on a human suit, from beginning to its inevitable end, and lived a life like each and every one of us.

The uniqueness of our faith is that God “being found in human form, he humbled himself and became obedient to the point of death-...”

When you worry and doubt, when you are up in the middle of the night toiling over anxious prayers, know this. God knows. God has been there. God understands. And God loves you just as you are.

In that I find my hope. Amen.