Collect: Grant, O merciful God, that your Church, being gathered together in unity by your Holy Spirit, may show forth your power among all peoples, to the glory of your Name; through Jesus Christ our Lord, who lives and reigns with you and the Holy Spirit, one God, for ever and ever. Amen.

It was two days before the Passover and the festival of Unleavened Bread. The chief priests and the scribes were looking for a way to arrest Jesus by stealth and kill him; for they said, "Not during the festival, or there may be a riot among the people." While he was at Bethany in the house of Simon the leper, as he sat at the table, a woman came with an alabaster jar of very costly ointment of nard, and she broke open the jar and poured the ointment on his head. But some were there who said to one another in anger, "Why was the ointment wasted in this way? For this ointment could have been sold for more than three hundred denarii, and the money given to the poor." And they scolded her. But Jesus said, "Let her alone; why do you trouble her? She has performed a good service for me. For you always have the poor with you, and you can show kindness to them whenever you wish; but you will not always have me. She has done what she could; she has anointed my body beforehand for its burial. Truly I tell you, wherever the good news is proclaimed in the whole world, what she has done will be told in remembrance of her." Then Judas Iscariot, who was one of the twelve, went to the chief priests in order to betray him to them. When they heard it, they were greatly pleased, and promised to give him money. So he began to look for an opportunity to betray him.

Worth. What is of worth? We all answer that question differently. Our experience. Our wants. Our hopes. Our delusions. They all shape the worth we give something else, something external to us.

Even more fascinating is the worth that we give to other people and their wants and needs.

When I taught school, this quote was a source of comfort and inspiration as I spent my days to the betterment of these fledglings, little ones not of my family or of my direct responsibility I might add. But each soul was entrusted to my care, and that enabled me to care for those in my direct charge. Garrison Keillor, the host and main persona on A Prairie Home Companion said this: “Nothing you do for children is ever wasted. They seem not to notice us, hovering, averting our eyes, and they seldom offer thanks, but what we do for them is never wasted.” It gives a weight to these most vulnerable, most precious ones in our midst. It gives sense to their inherent Worth. It helped me get up in the morning, and do it again the next day.

What we give Value, where we find Worth, says much about who and what we are.

The woman who anointed and bathed Jesus’ feet in an act of conspicuous extravagance and adoration made it abundantly clear where she found Worth. Her view of Jesus? He was her all in all. Her view of herself? Unabashed, she humbled herself out of love because of what she had been given; she humiliated herself to those who did not understand. A working man’s year wage she poured out in a moment of supreme beauty and unquestioned sacrifice.

For Judas, this was the tipping point, when the straw broke the camel’s back. This was when he decided that he had had enough, and sold his Lord for thirty pieces of silver and became the poster child for betrayal. He shows what he valued, what was of Worth to him.

Even the leaders who were bribing him to get rid of this troublesome teacher knew that this was a small price to pay to get the upstart out of their hair. The precarious balance they had with the Romans could topple with a popular uprising. This had to be quieted as soon as possible. They valued stability. Judas’ price was a thing of small value for the outcome. And what Judas held of Worth was so obvious and easily given.

I have long pondered this idea of Worth. Worth is a magazine. Worth is a family name on my father’s side. My father’s and grandfather’s middle names were Worth. That moniker was not handed on to me, but the idea has lingered through the years.

Jesus found great value in this story. He found her actions of Great Worth. He made a promise that it would be told and retold along with his story throughout the ages. Extravagance. Beauty. Sacrifice. Grace. Value. Worth. So much in so small an act. But two thousand years later we still wrestle with its meaning.

What do you value like that? What do you hold most dear? What is the one thing that you would never trade or allow to be taken from you? Chew on that today. You will find those questions, and hopefully your answering of them, of Worth. Amen 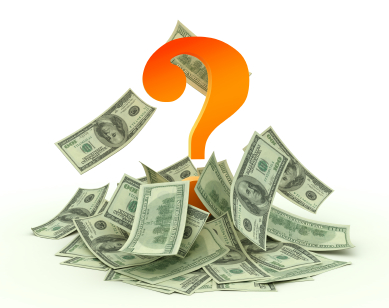